Skip to main content
The Space TV is your home for online streaming dance classes and entertainment. Created for Dancers, by Dancers. Join Master Teacher Krista Miller with some of the most sought after dance educators, for the best online dance classes, music videos, performances, and more! ...at the world-renowned Brea Space, in California! 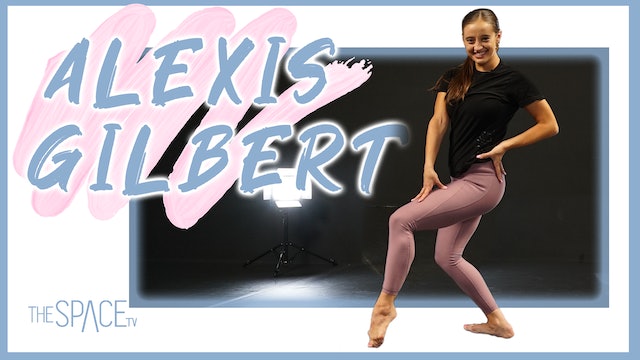 Born and raised in Southern California, Alexis has dedicated her life to dance training and pursuing her dreams. You might recognize her most from her "So You Think You Can Dance" season 14 when her audition video went viral, and she's been assisting Master Class Instructor Krista Miller since 2014.

Along with dancing, choreographing has been a huge passion for Alexis. She loves teaching master classes at studios around the world, and setting choreography for their competition seasons. She is a reoccurring choreographer for most Cedar Fair Amusement Parks around America, including Knott’s Berry Farm, California’s Great America, and Cedar Point in Ohio. Her most recent (and biggest) adventure was working for Royal Caribbean Entertainment as assistant choreographer. Every few months she has the pleasure of working in Miami, Florida for show rehearsals, then joining the cast on the cruise ship for staging.

Another proud accomplishment for Alexis is her charity work. She is the Dance Director for a 501c3 non profit organization called “She Is”; a group of professional dancers, based out of Southern California, that teach dance classes as a form of therapy to survivors of sexual abuse and sex trafficking. Through this organization, Alexis has travelled to Cambodia twice to partner with 'safe homes' where they get to bond and dance with survivors. They have been in production of a documentary film, featuring a scene choreographed & performed by Alexis, releasing soon. She loves how humbling this work is, and keeps her in check by giving her perspective. It has taught her that dance is amazing, but dancing for something bigger than yourself is the greatest feeling in the world.